One of the key multigrain atta benefits happen to be its higher nutritional content as compared to other regular atta variants. AASHIRVAAD Multigrain atta is a much richer source of Protein, an essential macronutrient for the well-being of the human body.

Consuming foods that are rich in Protein help increase your muscle mass, and strength while also helping you stay full and satisfied for longer. Since AASHIRVAD Multigrain Atta has a higher Protein content than regular whole wheat atta, it can have a considerable positive impact on your body in the long run. AASHIRVAAD Multigrain Atta is also rich in Iron, and contains Vitamin B1 which are both important dietary nutrients and known for their health benefits.

Multigrain atta is rich in dietary fibre, having a number of positive effects on your body. AASHIRVAAD Multigrain Atta benefits due to higher dietary fibre content include an improved functioning of your digestive system. When your diet is rich in fibre, it helps keep you feeling energetic and happier, fostering an active lifestyle. This happens due to fibre helping your body vacate your bowels more effectively, preventing constipation and maintaining your bowel health.

Consuming foods rich in dietary fibre also relieves your body of indigestion and a number of problems that are caused by it. Regular consumption of soft rotis and parathas made with AASHIRVAAD Multigrain Atta helps you alleviate a number of indigestion related health problems such as headaches, skin conditions and more.

This in turn also has a positive effect on your metabolism, greatly enhancing your health and wellness. An improved metabolism is one of the key AASHIRVAAD Multigrain atta benefits, alongside heightened immunity. This high quality Multigrain flour benefits your immunity due to its higher Iron content as compared to regular whole wheat flour.

3. Enriched With Beneficial Qualities Of Many Different Whole Grains

Each fluffy roti prepared with this multigrain flour benefits your diet with the advantages of all six whole grains. Sourced from across the country, and only made with the choicest grains, AASHIRVAAD Multigrain Atta blesses you and your family with an ideal way to stay healthier and happier.

4. Richer In Taste, Colour and Texture Due To The Blend Of Diverse Whole Grains

The diversity and richness of flavour, colour and texture obtained by blending six different types of whole grains makes AASHIRVAAD Multigrain Atta rotis better. Wheat, Soya, Channa, Oats, Maize and Psyllium Husk all bring their favourable qualities to your kitchen. Each component of AASHIRVAAD Multigrain Atta is carefully put together to maximize not just the health benefits, but also the taste of your multigrain rotis.

5. Highly Beneficial For Diabetic Loved Ones, and To Prevent Heart Ailments

Beyond the usual health benefits and rich nutritional content of AASHIRVAAD Multigrain Atta, there are a few other positive attributes too. The inclusion of multiple whole grains can help lower your cholesterol levels significantly since multigrain rotis made with AASHIRVAAD are low in saturated fat.

The advantages of AASHIRVAAD Multigrain Atta are also important for your loved ones with diabetes. Since multigrain flour is lower in carbohydrates and has a lower Glycemic Index as compared to regular wheat flour, it helps keep the blood sugar level in check.

These are the five most significant health benefits of using AASHIRVAAD Multigrain Atta to make piping hot and tempting rotis, parathas and other flatbreads for you and your family. 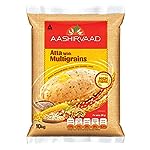 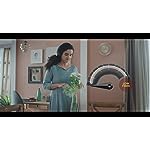 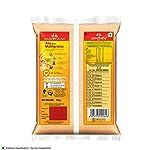 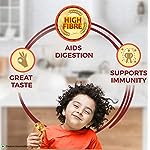 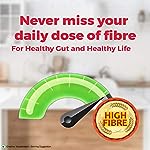 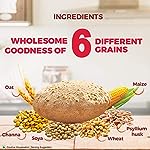 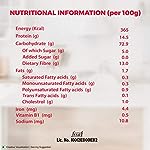 What Are Oats and Oatmeal? Oats are a whole-grain food, known scientifically as Avena sativa. Oat grouts, the most intact and whole form of oats, take a…

For most of history, coffee was a drink for the rich. Now almost anyone can brew their own at home for pennies a mug, or…